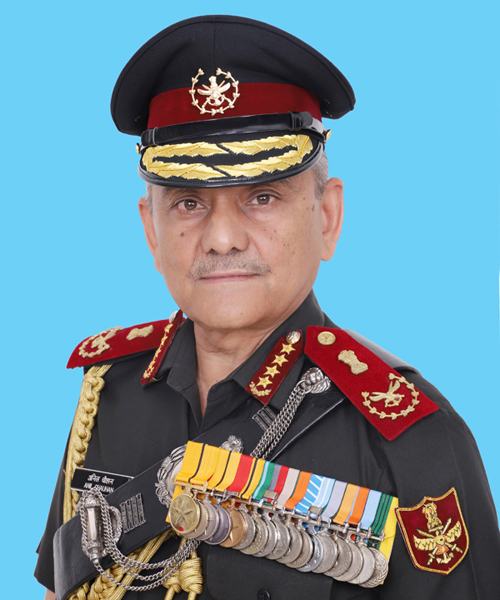 1.   General Anil Chauhan PVSM, UYSM, AVSM, SM,VSM is an alumnus of the National Defence Academy, Khadakwasala. He was commissioned into the Sixth Battalion, the Eleventh Gorkha Rifles in Jun 1981, from IMA, Dehradun. The officer has vast experience in operations across a wide spectrum of conflict and terrain profiles. He commanded an Infantry Battalion, along the Line of Control in Jammu & Kashmir, a Mountain Brigade in Manipur, an Infantry Division in the Kashmir Valley and a Corps in the North East. The General was General Officer Commanding-in-Chief, Eastern Command from 01 Sep 2019 to 31 May 2021. Post his retirement from active military service, the General served as a Military Advisor to the National Security Council Secretariat (NSCS) from 20 Oct 2021 to 29 Sep 2022.

3.   General Anil Chauhan is a graduate of the Defence Services Staff College, Wellington, the Higher Command and National Defence College courses. The officer, during the span of over 40 years of uniformed service has been decorated for distinguished service with the PVSM, UYSM, AVSM, SM & VSM.

4.   Academically inclined, the General has authored two books namely 'Aftermath of a Nuclear Attack' & 'History of 11 Gorkha Rifles Regimental Centre' and has supervised the writing of History of 19 Inf Div. Currently he is working on a book on the Military Geography of Indian Northern Borders. He was awarded M. Phil in Defence Studies from Madras University in 2012.

5.  The General officer assumed the appointment of the Chief of Defence Staff on 30 Sep 2022.